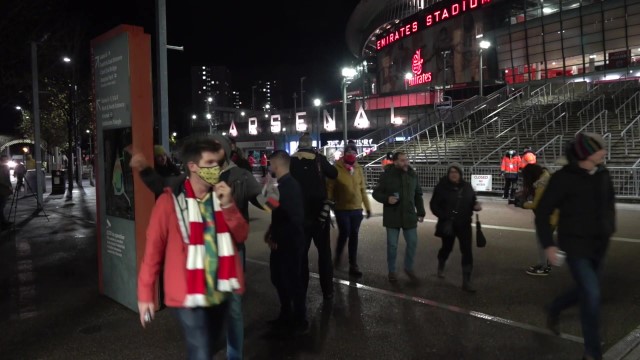 Some 2,000 Arsenal supporters were allowed into the Emirates Stadium for the first time in nine months for their side’s Europa League tie against Rapid Vienna, London, Thursday. It marks the first time fans have been allowed into football stadiums since March as the United Kingdom loosens its COVID-19 restrictions in a bid to return to normality. Supporters expressed their joy and relief that they could finally get back to what they love. «One in two thousand. Such a treat. Such a special occasion, feels like I’m a tourist again,» said Dan, one of the fans. However, thousands were left fuming after the club’s website crashed and they were left unable to claim a ticket on a ‘first come, first serve’ basis. Arsenal’s last game open to spectators was a 1-0 victory over West Ham on March 7. The fans’ comeback comes a day after pubs reopened in London and news broke the UK had become the first country in the world to approve the use of the Pfizer vaccine.
https://ruptly.tv/