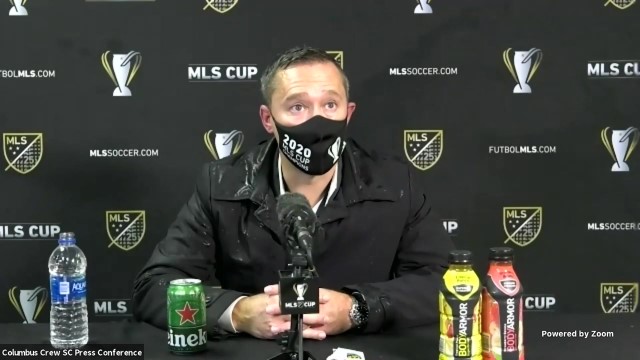 Columbus Crew Head Coach Caleb Porter expressed his satisfaction Saturday following his team’s nabbing the MLS Cup after beating the Seattle Sounders 3-0. «We were not going to let history in the past determine today,» Porter said speaking from Columbus. «This is our year. This is going to be our year, it was going to be our day, it was going to be our trophy. And that was my message before the game. I don’t care what they’ve done in the past, it’s going to be decided on today.» Argentine midfielder Lucas Zelarayan scored two goals and Derrick Etienne Jr scored one, allowing the Crew to win their second MLS cup. Columbus played without midfielders Darlington Nagbe and Pedro Santos after both tested positive for coronavirus earlier this week. ©MLS.
https://ruptly.tv/