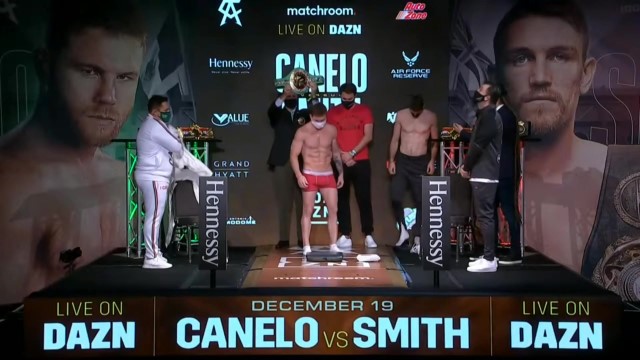 Boxing superstars Saul ‘Canelo’ Alvarez and the British WBA world super-middleweight champion Callum Smith weighed-in in San Antonio, Texas, on Friday, ahead of their Saturday showdown. Both boxing stars weighed in at 168 lb (76,20 kg) on the scale. Smith and Alvarez appeared on stage for a face-off and posed for photos. Alvarez and Smith face each other in the ring in San Antonio on Saturday with both the WBA and Ring magazine world super-middleweight titles on the line. ©Matchroom Boxing.
https://ruptly.tv/