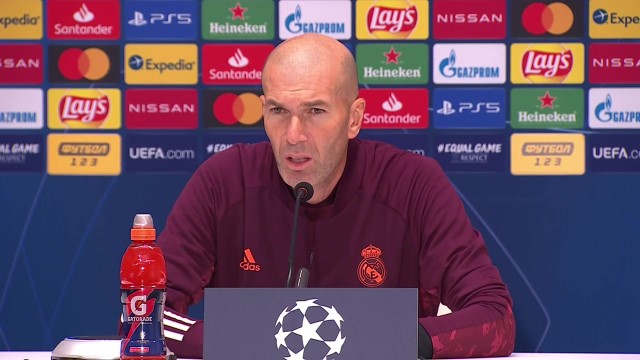 Real Madrid head coach Zinedine Zidane spoke out in defence of his injured record signing Eden Hazard during a press conference in Kiev on Monday. Zidane was speaking ahead of Real Madrid’s Champions League clash with Shakhtar Donetsk in Kiev on Tuesday night. Hazard was signed by Real Madrid in June 2019 for a club record €100 million ($120 million, £89.5 million), which could rise to as much as €146 ($174.5 million, £131 million) with bonuses and additional fees. But the Belgian has been battling against recurring leg and ankle injuries for the past 18 months. He was only able to start in 14 league matches last season and picked up another injury in just his third start of the season against Alaves on Saturday, meaning he is again unavailable for selection for Tuesday’s match against Shakhtar. «He is very strong. He has always demonstrated that. The truth is that the only problem is the injuries. It is one more injury for him and it is something annoying for him and for us. These are things that are happening in many teams, and what we have to do is resist,» explained Zidane. «I do not have any doubts regarding the player, who he is and what he wants to achieve with this team. So, though recently it’s not going well, we are going to help him so that he recovers well in a short period of time,» Zidane went on to say. Real Madrid head into the clash with Shakhtar Donetsk on Tuesday in second place in Group B, knowing that a win will guarantee qualification to the knockout phase of football’s biggest club tournament. «It’s up to us, we know that tomorrow is another final. There are two games left, and tomorrow we have the most important game of the group because there are three points that can get us through. Therefore, we have to concentrate solely on that,» exclaimed Zidane. ©UEFA2020.
https://ruptly.tv/