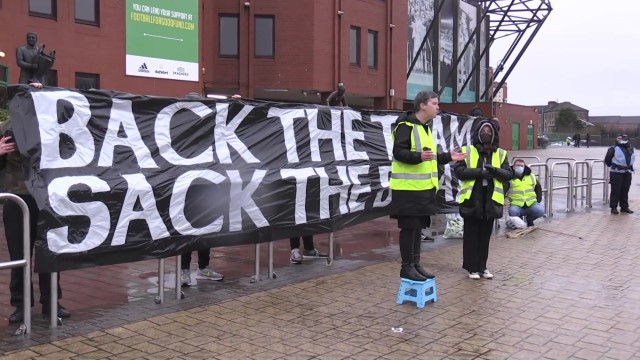 Numerous fans of Celtic Football Club protested outside the club’s historic Celtic Park stadium in Glasgow on Sunday. The fans held a banner that read «Back the team, sack the board», expressing their full dissatisfaction with how the team performed this season and the lack of communication or action from the club’s board members. Some fans aimed their disapproval at majority shareholder Dermot Desmond, labeling the Irish billionaire as ‘Despot Desmond.’ «The protest is here because the fans needed an opportunity to be able to convey to the board how unhappy they are with the season and the way that not just way the performance is on the field, but that fact that the board has had nothing to say to say to fans about it while we can all watch our season going down the toilet. So that’s why they’re here.» said chairperson of the Celtic Trust Jeanette Findlay. Reigning champions Celtic FC are currently second in the Scottish Premier league, trailing fierce rivals Rangers by 13 points. Celtic have already been knocked out of European football this season after finishing bottom of Group H in the Europa League.
https://ruptly.tv/