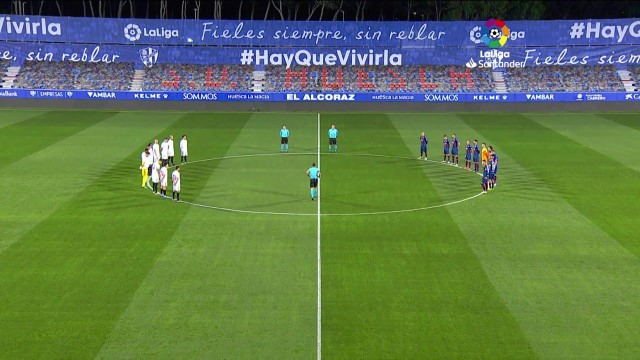 Following football legend Diego Armando Maradona’s death, the Spanish League remembered Argentina’s number ’10’ by observing a minute’s silence before the start of the scheduled games in Valencia, Madrid, and Huesca on Saturday. Players and technical team, as well as officials, were seen present at the Valencia-Atletico de Madrid, Real Madrid-Alaves, and Huesca-Seville games, remembering Maradona, who played in Barcelona and Seville, in Spain’s First Division. The League announced that during this weekend, tributes will be paid to Maradona before all the matches of the First and Second Division. The legendary Argentine footballer died on Wednesday after suffering a heart attack while recovering from brain surgery. ©La Liga.
https://ruptly.tv/