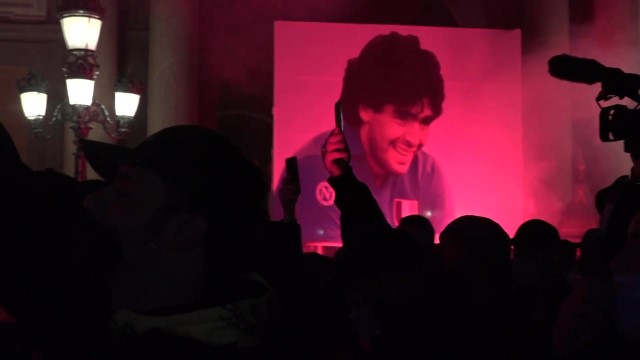 Hundreds gathered in Naples’ Piazza del Plebiscito, where a large picture of Diego Maradona was deployed, to commemorate the football legend, on Thursday. The grieving fans lit up flares and bonfires, as they cheered on in front of a large poster depicting the late football icon. Diego Maradona died of a heart attack on Wednesday night after being discharged from a hospital two weeks after having a brain surgery.
https://ruptly.tv/