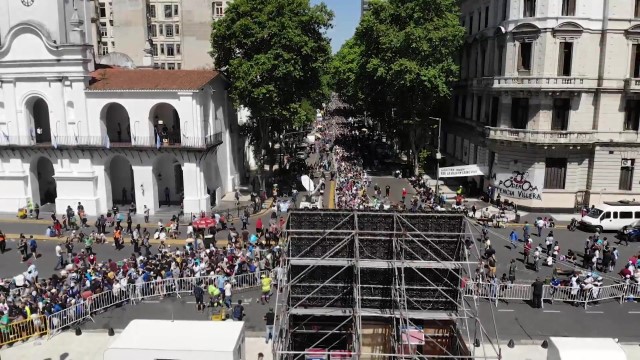 Drone footage from Thursday captured the long lines that fans of the late football legend Maradona formed at the Plaza de Mayo in Buenos Aires, on Thursday. Supporters were hoping to say their final goodbye to Maradona at the presidential mansion, where his coffin was laying. Tensions escalated when police moved to cut off the back end of the crowd, as the public viewing of the coffin was nearing its end. Scuffles prompted Maradona’s family to end the public visitation. His coffin was taken to be laid to rest at Jardin Bella Vista cemetery, where a private religious ceremony was held. The Argentine legend passed away on Wednesday from a heart attack, as he was recovering from a brain operation that took place on November 3.
https://ruptly.tv/